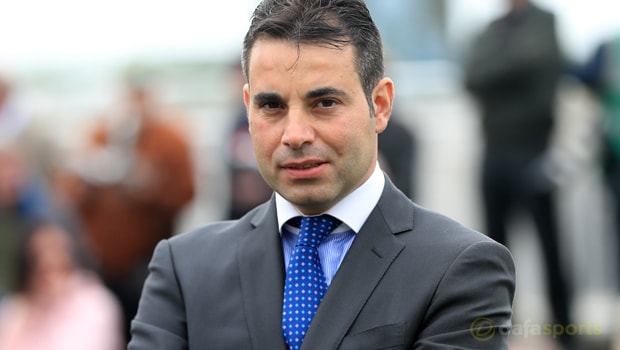 Trainer Marco Botti has claimed that Royal Ascot winner Aljazzi is not guaranteed to run in the Tattersalls Falmouth Stakes at Newmarket.

The five-year-old made a name for herself when winning the Duke of Cambridge Stakes ahead of Tribute Act and Wilamina back on June 20.

Botti immediately mentioned a run at Newmarket for her next outing but he is now considering the Prix Rothschild at Deauville later in the month.

When asked about his plans, the famous trainer told reporters: “At the moment she is well and she has come out of the race fine. She is in the Falmouth.

However, a final decision has not been made as we are considering the Prix Rothschild at Deauville two weeks later.

“The concern is whether the Falmouth just comes a bit too soon, as we’ve always made it clear she needs time between her races.

She is five now, though, and is stronger than before and has taken her races better than she did at three and four.

“I would love to win my first British Group One, but giving her the extra couple of weeks is not a disadvantage.

On the other hand, Newmarket is nearer and she doesn’t have to travel far and quick ground will be guaranteed.”

Botti is also considering plans for Capla Temptress as he attempts to step her up to a mile and a quarter.

Capla Temptress finished fourth during the French 1000 Guineas and she will now compete in the Belmont Oaks on Saturday.