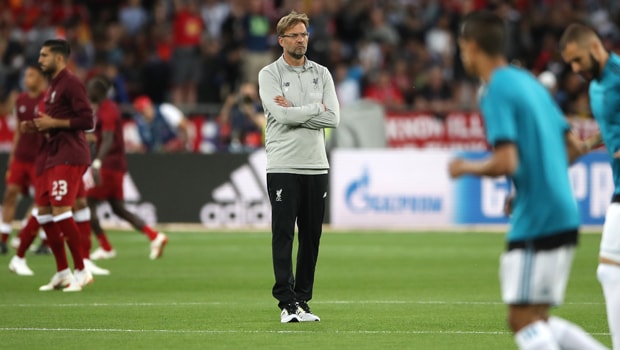 Jurgen Klopp has urged new signings Naby Keita and Fabinho to make the most of pre-season with Liverpool in order to adapt to the club’s style of play.

Liverpool, who are priced at 6.00 to win the Premier League in 2018-19, agreed a deal with RB Leipzig to sign Keita last summer after triggering his £48million release clause.

The Reds allowed the midfielder to remain with the Bundesliga outfit for the 2017-18 campaign to continue his development.

Fabinho was snapped up by the Premier League side this summer after impressing during his three-year stint with Monaco.

The Brazilian was influential in helping Monaco to win the Ligue 1 crown in 2016-17 and Klopp is hoping he can bring that experience into Liverpool’s midfield.

Both players reported to Melwood on Monday to undergo testing ahead of an intense pre-season programme over the coming weeks.

Klopp revealed his delight at having the duo available from the start of pre-season and feels it will provide them with plenty of time to get to grips with Liverpool’s playing style.

“Very, very happy to finally have Naby here. It took a while,” Klopp said.

“Fabinho is also here and that’s perfect for the moment.

“It’s even better they can start from the first day with the training because they have to learn the most, they have to adapt to our style of play.

“We have nine games until the season starts and we will need them all. They all are important in a different way. They are here, we can start, that’s good.”