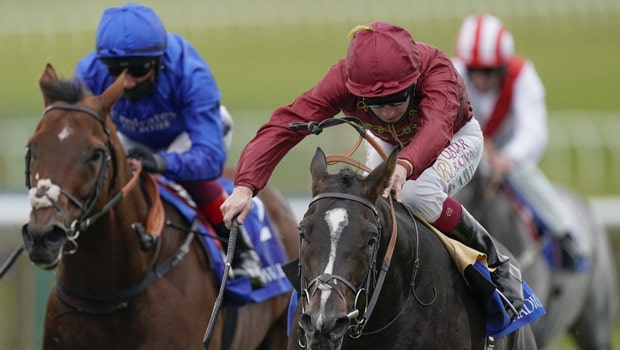 Kameko has earned its first win in a long while after finishing first at the Shadwell Joel Stakes that took place in Newmarket last Friday. The horse’s last win was in June, at Newmarket, the 2000 Guineas. Since then, it has been a struggle for the horse, as it made the fourth position on three different occasions. Favourite and last year’s winner, Benbatl finished in third place while Regal Reality came second.

The race on Friday began with Benbatl taking the lead early on. It maintained its lead till after the half-mark of the race when Regal Reality and Kameko shot past it. Regal Reality pushed hard but Kameko had better control and was able to cruise into the lead. Oisin Murphy rode the winning horse this year and was also the one who led Benbatl to victory last year.

Kameko’s trainer, Andrew Balding, commented on the win, comparing it to the Guineas victory. He said, “That was 100% as good as his Guineas win. There was no hiding place today. I don’t think we have had a fair crack of the whip with him this year. The horse has not had the campaign that we really wanted. I think there is no doubt he is a miler and that was a really good effort. He has done it on slightly slower ground today, but full credit to the horse – he is very decent.”

By all indications, Balding expects Kameko to feature at Queen Elizabeth II Stakes in Ascot next month, October. On that, he said, “I’d like to go to Ascot, personally. At some stage, it would be interesting to see what he could do on soft ground and the likelihood is it will be slower at Ascot than it was today, but that is the unknown.” But Balding believes that is a decision for the horse owner to make.

Jockey Murphy had this to say about the horse; “He ran straight as a die. He is so tough and consistent and, on ratings, I think that will rate higher than his Guineas win as to give weight away to older horses shows what a top horse he is. If I lit him up at all, he would have travelled really on the bridle. I was happy for him to race a little lazily today.”