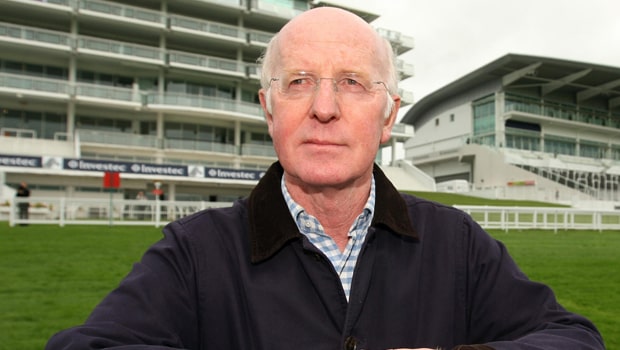 John Oxx is hoping his new partnership with Patrick Prendergast can spring to life with a big run from Skitter Scatter in the 1000 Guineas at Newmarket.

The daughter of Scat Daddy improved through last season, when trained by Prendergast, and ended the term with an impressive display to land the Group One Moyglare Stud Stakes at the Curragh, completing a hat-trick of Group-race wins as she did.

With Prendergast electing to hand in his license at the end of last season, he has now joined forces with Oxx and the pair will work together at Currabeg when the new Flat season kicks off in Ireland this weekend.

A multiple Classic-winning trainer in his own right, Oxx concedes that things have been tough in recent years, but he is relishing the new arrangement and a decent team has been readied.

“Patrick is a man I have always got on well with and I’ve known him all his life,” he said.

“I like the way he does things and we get on very well together. It was a very easy decision for me to make to join up – I’m sure a bit more difficult for him as he was after having his best year as a trainer.

“We have around 75 horses this year, and a nice spread of two-year-olds and others. “We have about 15 horses for Godolphin, which is appreciated, some sharper-looking two-year-olds this year.

“The past five or six years has been very frustrating. You are always philosophical about these things.” The star name will be Skitter Scatter and she is very much on target for the fillies’ Classic at Newmarket on May 5.

“She was constantly underrated by people last year and kept improving,” said Oxx. “She doesn’t require a lot of work and we haven’t pressed her hard yet. I hope to have her ready to have her first run in the 1000 Guineas at Newmarket.

“In the Moyglare she looked beat at halfway on soft ground, but in the end won easily. Her relaxed style will help her get a mile.” Skitter Scatter is 11.00 to win the 1000 Guineas at Newmarket.