Posted by Vincent Henderson on February 22, 2017 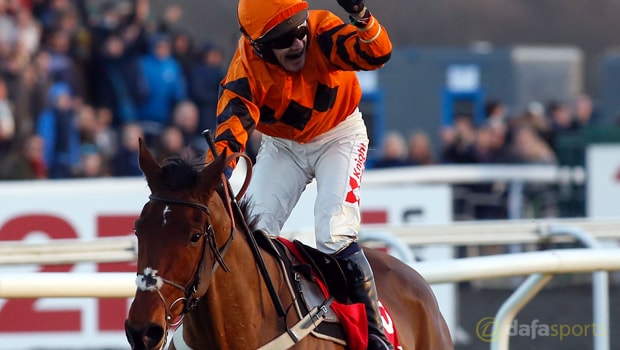 Jockey Tom Scudamore admits he felt sick when he heard that Thistlecrack would not be able to compete at the 2017 Cheltenham Festival.

Trainer Colin Tizzard confirmed on Tuesday that his stable star had suffered a season-ending injury, with connections now hoping he returns at Christmas.

Thistlecrack became the latest high-profile horse to be ruled out of the Festival after he tore his tendon while preparing for the Gold Cup.

The nine-year-old had dominated over hurdles last year and he had enjoyed four wins from as many races over fences this season.

However, he was beaten by Many Clouds at the end of last month in the Cotswold Chase at Cheltenham but Tizzard was expecting him to bounce back in March.

Scudamore, who has ridden Thistlecrack to 10 of his 13 victories admits he was devastated with the news but he is hoping to get another chance next year.

He told reporters: “Joe (Tizzard) rang me on my way to the races and he just said he’d done a tendon and wouldn’t be going to Cheltenham.

From what I gather he’ll be back next season, I’ve just been told he won’t make the Gold Cup. “It’s something that happens in racing unfortunately, look at Willie Mullins this season, he’s lost a handful.

Even still, it doesn’t make it easy to swallow, it makes you feel sick. “Look at Olympians, they get their dreams shattered and have to wait four years, hopefully we’ll get another chance next season.”

Thistlecrack’s injury means Native River has now become the favourite for the Gold Cup and he can be backed at odds of 4.00.