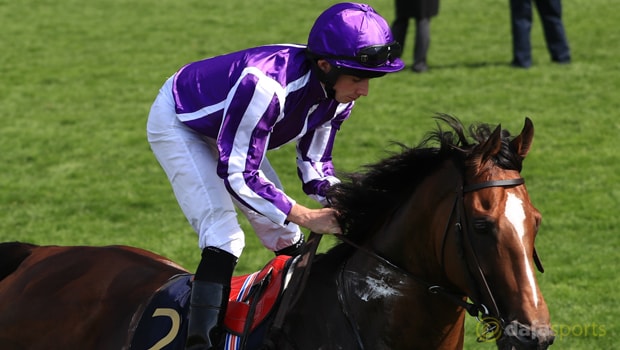 Jockey Ryan Moore was quick to pay tribute to Highland Reel after he retired in style with a win in the Longines Hong Kong Vase at Sha Tin.

The five-year-old ran his last race for trainer Aidan O’Brien on Sunday and proved too much for his rivals over 12 furlongs.

Highland Reel burst out of the stalls and sat behind front runner Helene Charisma and Moore waited potentially before asking for more on the home straight.

The duo used the inside rail to perfection with Highland Reel getting the better of Andre Fabre’s Talismanic to grab the glory.

Sunday’s success was Highland Reel’s seventh Group One win and he won the race for the second time.

He will now be retired after winning £7.5million in prize money and Moore was delighted to bow out in style.

“We’ve brought him back here the last three years, he’s been around the world – this is a really fitting way for him to finish,” he told reporters.

“He’s been a brilliant racehorse and there’s plenty to look forward to at stud now.

“We thought the longer straight here would help, he’s a very, very good horse, his record shows that, and it’s been a delight to be a part of (it).

“He’s always been a very straightforward horse with a lot of heart as well as speed and I was always happy and confident on him today.

When he gets into a fight, the longer it goes on, the more likely it is he will win it. That’s what happened today and he was going away at the finish.

“He’s high class, has a great attitude and his durability has been seen wherever he’s raced. I’m sure he will pass on those attributes in the future.”