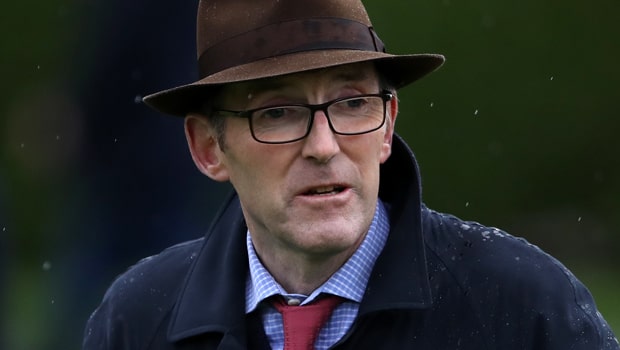 James Fanshawe is cautious on the hopes of The Tin Man recording another winning reappearance at Windsor on Monday evening.

The star sprinter has won first-time-out at Windsor in two of the last three seasons and will bid to add to that record in the Listed Weatherbys Hamilton Stakes (18:30) on Monday, where he’ll face six rivals.

However, The Tin Man must concede a 7lb penalty this time around on account of his Sprint Cup success at Haydock in September.

That victory ensured the seven-year-old can count a Group One victory on his CV in each of the previous three season.

It will however make his job tougher on reappearance with the likes of Sir Michael Stoute’s Dream Of Dreams and the John Gosden-trained Emblazoned among those hoping to have his measure.

“He’s been fine and looks well. He’s got a 7lb penalty this year, it looks a stronger race and he’s a year older, but he’s in good form and we’re looking forward to running him,” said the trainer.

“He would have had 5lb at York so it was a toss-up between Windsor and York and this has been a good place to start before. We’ve got to start somewhere.

“I’m not really worried about the opposition, it’s about getting The Tin Man out for his first start because I’m sure whatever he does here he’ll come on for.”

Next month’s Diamond Jubilee Stakes at Royal Ascot is seemingly on the radar already, with The Tin Man having claimed the prize in 2017 and run well in defeat last time.

“We will just play things by ear and get the first race out the way and see how he goes – but he does like Ascot, so it would be great if we could go there again afterwards,” Fanshawe added.

“His programme will probably be pretty similar to the last three years and I hope he’s up to similar targets this season.”

The Tin Man is 2.63 to win at Windsor on Monday, with Dream Of Dreams 4.33 to have his measure in the hands of Ryan Moore.