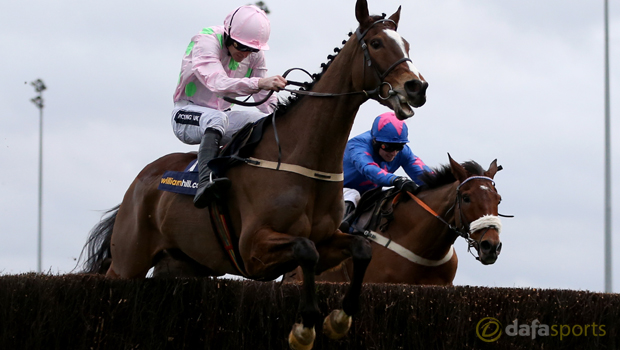 American owner Rich Ricci has revealed options are still being kept open for Vautour, but the Cheltenham Gold Cup is a strong possibility for the gelding.

The seven-year-old has enjoyed an impressive career to date and the sire to Robin Des Champs has picked up notable victories at Prestbury Park over the last two years.

A triumph in the 2014 Supreme Novices’ Hurdle was followed by success at the same track in the JLT Novices’ Chase, both under the guidance of experienced jockey Ruby Walsh.

Vautour’s winning streak of 10 was ended recently at Kempton on Boxing Day in the King George as Cue Card snatched victory by just a head in a hard-fought contest.

It was a narrow loss for the Willie Mullins-trained charge but there was more than enough shown in that runner’s-up performance to suggest a strong challenge can be made for the Gold Cup.

Ricci has not confirmed whether Vautour will feature in the event, but the owner did admit preparations are being tailored for a shot at the race as things stand.

“I think at the moment there’s no reason not to train him for the Gold Cup,” he said on Racing UK. “At the moment, we will keep our powder dry until just before the race.”

Vautour, who is a 9.00 shot to clinch the Gold Cup, could line up against stablemate Vroum Vroum Mag at Cheltenham after the latter’s impressive victory at Ascot.

Djakadam, who finished second to the hugely impressive Coneygree last year, is the 5.00 favourite to go one better this time while Cue Card is a 6.00 shot to take the title, the same as Don Cossack.