Qipco Champion Stakes: Hillstar tipped to shine in the mud 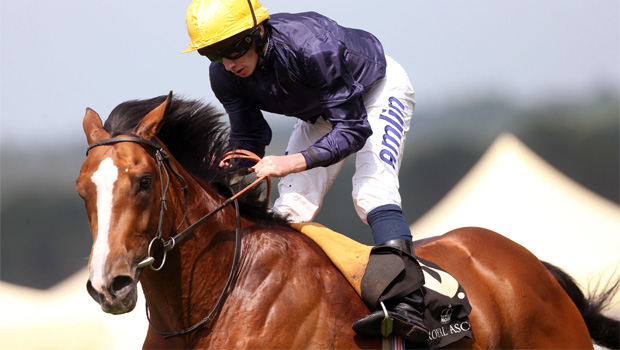 Trainer Sir Michael Stoute feels the expected soft ground at Ascot could play right into the hands of Hillstar for the Qipco Champion Stakes.

The three-year-old has shown his liking for ground with a bit of cut in it, as he claimed his first win at Leicester 12 months ago when the going was soft.

Rain has been falling for the past week or so across most of the country and, with more forecast in the lead up to Saturday’s showpiece event, it seems inevitable that conditions will be on the softer side at the Berkshire venue.

Hillstar finished third at Ascot in July’s King George VI And Queen Elizabeth Stakes and was fourth in the Juddmonte International Stakes at York last time out on ground that was good to firm.

But Stoute feels that conditions this weekend might suit the winner of Royal Ascot’s King Edward VII stakes and is expecting a big run from his charge.

“I’ve been very happy with his work and we know he likes the ground,” he told the Telegraph. “I feel he could well improve again with more juice in the ground.

“It was certainly quick enough for him in the King George.”

Hillstar’s main challenge is likely to come from favourite Cirrus Des Aigles and French trainer Corine Barande-Barbe is supremely confident that the seven-year-old will do the business at the weekend.

“You must always respect the opposition, but I think he might win,” she told the Guardian. “He’s very well, just perfect. I think he’s on his way to the top.

“He is getting a bit older but finally he is just the same as he was last year and the year before.”