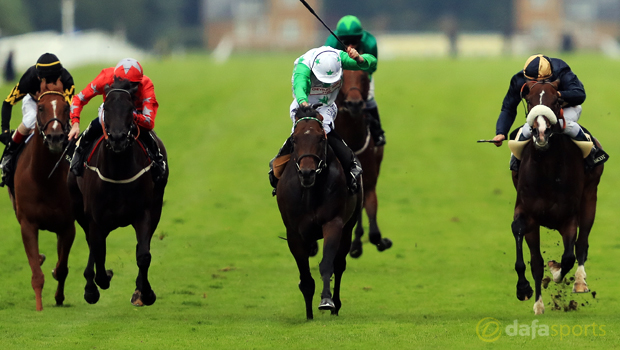 Henry Candy has opened up the idea that both Twilight Son and Limato will represent him in the July Cup at Newmarket.

Twilight Son has featured towards the head of the market for the Group 1 contest since he won the Commonwealth Cup at Royal Ascot and, if the ground dries up sufficiently, Candy says he wants to pitch Limato in alongside him.

Limato has not been sighted since finishing fourth in the Lockinge at Newbury in April, with the trainer frustrated by the lack of decent ground on which to run the high-class four-year-old.

A winner at Group 2 level last season at Doncaster, Limato also chased home Muhaarar in the Commonwealth Cup at Ascot.

Ahead of his return to the sprinting ranks, where he has not finished outside of the front two in eight careers starts – winning five times – Candy says Limato appears to be thriving at home.

“I think Limato is getting better and better,” Candy told At The Races.

“He’s grown and he’s strengthened, it’s just been so frustrating not being able to run him on proper ground.”

While conceding that he is not a fan of running multiple horses in the same race, Candy says will allow Twilight Son and Limato take each other on if conditions are right next month.

“It’s a nightmare scenario,” Candy admitted. “I hate running two horses in the same race, but if it does dry up and it is good, summer ground then they’ll both run.”