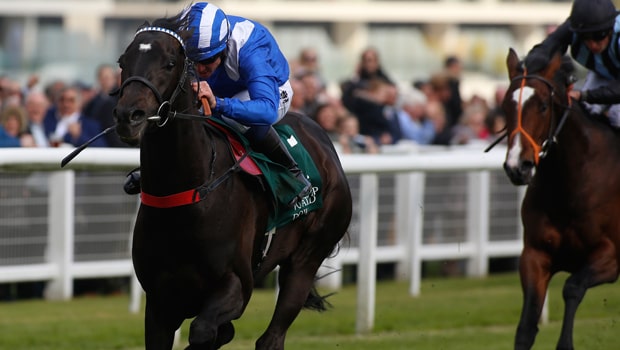 Connections of Greenham Stakes scorer Mohaather will wait until after this week’s Craven Meeting at Newmarket before making a firm plan on his likely 2,000 Guineas participation.

Mohaather has now won three of his four starts and owner Sheikh Hamdan Al Maktoum could elect to step him up to a mile for the first British Classic of the new season at Newmarket on May 4.

Angus Gold, racing manager to Sheikh Hamdan, suggests a decision is likely to be made following this week’s Craven Meeting, where more Classic clues will be forthcoming.

“He’s earned the right to go for the Guineas,” said Gold. “He quickened like a fast horse on Saturday and has won two Group Threes.

“I spoke to Gaie Johnson Houghton [Mohaather’s breeder] and she thought he would get a mile as he’s relaxed.

“I would say Sheikh Hamdan would like to give it a go depending on what happens [this] week [at Newmarket].”

Almashriq, also owned by Sheikh Hamdan is entered in the Craven on Wednesday, but he’s more than likely going to be held back for a Thursday outing at Newmarket, says Gold.

“He’s more likely to go for the conditions race over seven furlongs on Thursday rather than the Craven, but we’ll look at both races,” he added.

“He’s always been a nice horse but coughed for a long time last year, which held him up, and he didn’t run until the all-weather. He’s potentially exciting and might want further.”