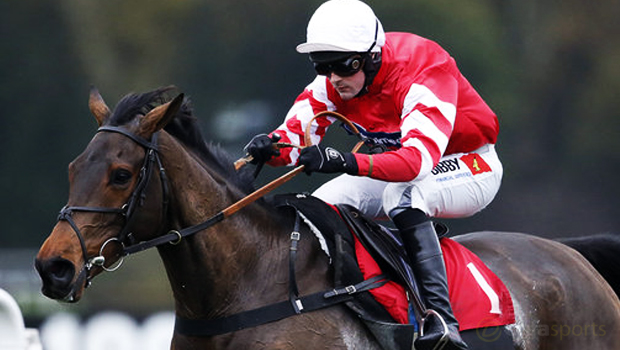 Trainer Mark Bradstock has reiterated the Cheltenham Gold Cup is the only target that matters for Coneygree after he was forced to sidestep the Hennessy at Newbury this weekend.

A spread plate suffered at home last week had cast doubt over Coneygree’s participation in the Newbury feature although he was back on track following a pleasing workout on Sunday.

Big-race jockey Nico De Boinville arrived on Tuesday to school his partner, but his jumping left Bradstock with no option but to scratch the eight-year-old from the season’s premier handicap.

“He just didn’t jump very well. We’ve always said that if we weren’t entirely happy with him we wouldn’t go. And that, sadly, is exactly the case,” Bradstock confirmed.

“I think it is all back down to what he has done to his foot. In order to get him this far we have had to put a different type of shoe on in order to protect the injury in his foot, which is probably causing him to not move as well as he can do.”

The trainer said that next month’s King George VI Chase at Kempton or the Lexus Chase in Ireland are now possible targets for Coneygree’s next appearance.

Bradstock is determined to get his charge right before running and says the end goal of returning to Cheltenham for the Gold Cup is the most important consideration.

“The main aim throughout the season is March, simple as that. Certainly at the moment we’re not thinking of anything else but trying to get him right. That is our priority,” he added.

Coneygree is 7.00 to retain the Gold Cup at Cheltenham on March 18th.

Vautour, successful at Ascot on his recent reappearance, is 6.00 to give trainer Willie Mullins his maiden Gold Cup victory, while Betfair Chase winner Cue Card is 11.00 for Colin Tizzard’s team.