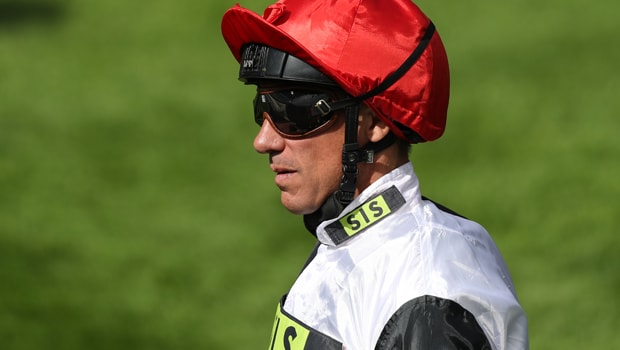 Frankie Dettori has said he “does not understand why Dee Ex Bee is not favourite” for the Dubai Duty Free Irish Derby at the Curragh on Saturday.

Saxon Warrior for Aidan O’Brien is the current 1.67 market leader in the outright betting as he bids to bounce back from his defeat in the Investec Derby at Epsom.

The three-year-old was denied a five-timer when finishing fourth on June 2 – less than a month on from his brilliant win in the 2000 Guineas.

The 5.00 second favourite Dee Ex Bee for trainer Mark Johnston finished second behind winner Masar in the Epsom showpiece and Dettori, winner of the Irish Derby back in 1994 on board Balanchine, feels the horse has been underestimated.

He said: “I don’t understand why Dee Ex Bee is not favourite for the race as he’s the one I fear the most.

“He’s proved at Epsom that he stays and he’s already beaten Saxon Warrior, so I can’t believe how the bookmakers have priced it up.

Dettori, who will take mount of Knight To Behold (21.00) for trainer Harry Dunlop, does not believe the outcome is as straightforward as the betting might suggest.

He told the Racing Post: “The Epsom form usually stands the test of time and I would really be more worried about Dee Ex Bee than the favourite Saxon Warrior as I think he has it all to prove again after the Derby.

“Nevertheless, Saxon Warrior is a 2000 Guineas winner, but to me Dee Ex Bee is a proven stayer and the race may suit him better.”