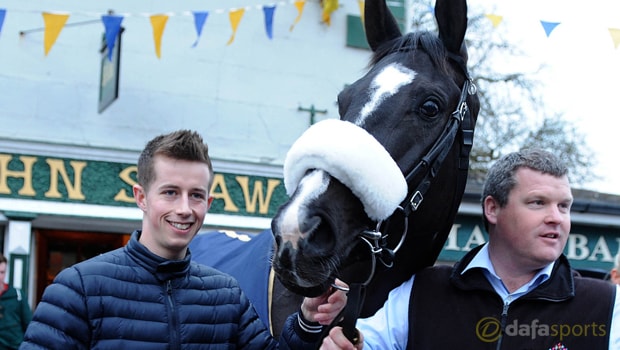 Gordon Elliott has vowed to “find something else to take Thistlecrack on” after his Gold Cup hero Don Cossack was retired.

The Gigginstown House-owned Don Cossack had been doing well in his recovery and was on track to return to Cheltenham to defend his crown in March but Elliott decided to retire him after he picked up a minor injury.

Don Cossack hadn’t raced since winning the Blue Riband race last March and his trainer had vowed all along that he would have no hesitation in retiring the ten-year-old if the signs suggested he wasn’t 100 per cent right.

His worst fears were realised on Wednesday as the County Meath handler confirmed the decision to retire. “I am very sad to report that Don Cossack has suffered a setback and will now be retired,” Elliott said in his blog.

“We found that he had a bit of heat in his leg yesterday and we’ve made the decision to call time.”

Elliott labelled Don Cossack “the horse of a lifetime” as he recalled some of his stellar achievements on the track.

While he is gutted to have lost a wonderful servant, the trainer is also keen to rebuild his Gold Cup plans sooner rather than later.

“He’s a horse of a lifetime and he owes us nothing. I said all season that if he had any sort of setback at all we would not abuse him and retire him straight away,” Elliott added.

“He’s won Grade Ones at Cheltenham, Aintree, Punchestown, Fairyhouse and Down Royal.

He was the top-rated horse in Britain and Ireland for the last two seasons running and we’d have loved to see him take on Thistlecrack in the Gold Cup. It would have been a cracking race.

“That’s racing, as they say, and we have to let that go now and find something else to take on Thistlecrack.”