Jim Furyk confirmed as US Ryder Cup captain for France 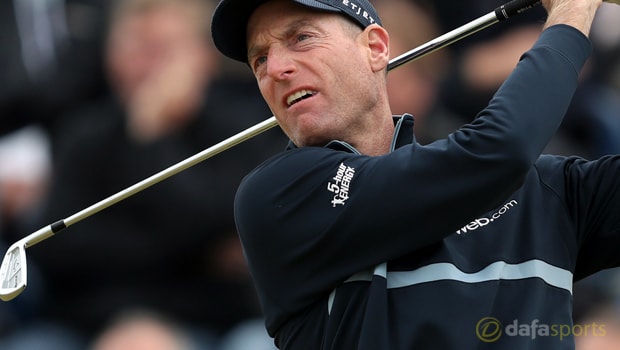 The United States have appointed Jim Furyk as Ryder Cup team captain for the 2018 defence of their trophy against Europe in Paris.

Furyk, 46, brings a wealth of Ryder Cup experience to the role, having played for the United States on nine successive teams following his debut at Valderrama in 1997.

He missed out last time around but served as a vice-captain to Davis Love III as the Americans stormed to a 17-11 victory at Hazeltine.

Love will be part of Furyk’s backroom team in France as the US continue their bid to create continuity and foster a return to consistent winning ways in the biennial team event.

Furyk will lead America’s bid for a first win on European soil in 25 years when the action gets underway at Le Golf Nacional on the outskirts of Paris.

“It’s no secret it’s been my favourite event for my entire career,” Furyk said as his announcement was confirmed.

After a heavy loss at Gleneagles in 2014, a Ryder Cup Task Force was formed in the States with a playing committee of Tiger Woods, Phil Mickelson and Love joining the top three PGA of America officials in an attempt to improve their fortunes.

Furyk says his predecessor has left a clear imprint of what he needs to do as captain and he admits that Love’s expertise will be vital again in 2018.

“He’s going to be a very tough act to follow,” Furyk said. “He put a system in place. He put the players behind it.

It won’t make my task easier, but it makes it easier knowing there is a system in place.

To have him by my side – his advice, his experience, two captaincies and one vice captaincy – is going to be priceless for me.”

Furyk, ranked 37th in the world currently, is 101.00 to win the US Masters at Augusta in April.