Defoe may not be risked at the Curragh 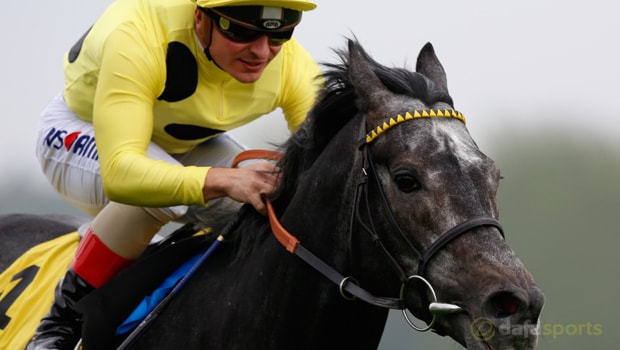 Roger Varian insists he won’t risk running Defoe in Sunday’s Tattersalls Gold Cup at the Curragh if the ground is firm.

Defoe is an intended runner in the €300,000 Group 1 in Ireland, according to his trainer, but Varian will walk the track himself before committing to the run.

He suffered a below-par run in the St Leger at Doncaster on his final three-year-old run.

Progress has quickly resumed this term however with a smart success at Newbury on his reappearance backed up by an impressive Group 2 win in the Jockey Club Stakes at Newmarket this month.

Varian is eager to run in Ireland, but he does harbour concerns about the ground.

“We’re keen to run but are concerned about conditions so we’ll keep a close eye on the ground,” he said.

“We don’t need cut but we’d like to race on good. If I feel it’s too firm there’s a chance he won’t run – he’s an intended runner but I don’t want to risk him on fast ground.

“There’s not a lot of rain – if any – forecast. Until we get out there we won’t know how fast it is.”

Both wins this season have come over a mile and a half but dropping in distance isn’t a major concern, with Defoe having won twice last season over the Tattersalls Gold Cup Trip.

His trainer won’t compromise the remainder of the season by potentially giving his horse a bad experience on fast ground.

“The trip is not a concern,” Varian added. “This looks like an attractive opportunity but we have to be disciplined – he’s got a big season ahead.”