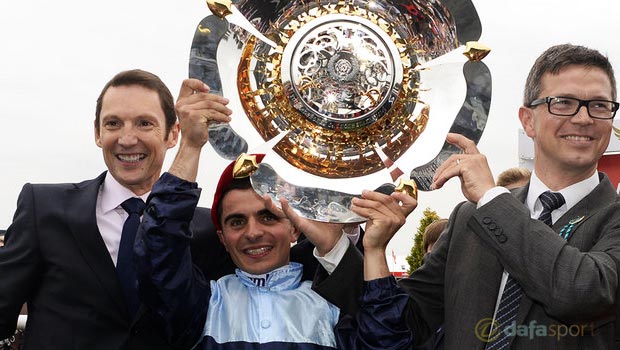 Trainer Francis Graffard admits that victory in this weekend’s Group Two Grand Prix de Deauville would make it very hard not to send Sumbal towards the St Leger at Doncaster next month.

Graffard has so far resisted the temptation to confirm his Danehill Dancer colt for the final British Classic of the season but victory in France could leave with him with little choice but to head for Doncaster.

Sumbal was unbeaten before he lined up in the French Derby at Chantilly in May, a race in which he finished fifth behind New Bay.

It looked very much like a further test of stamina was required on that occasion and Graffard is keen to find out if that is the case by going to Deauville.

He will re-assess his Classic bid after Sunday’s race.

“Sumbal is a very exciting horse, but he needed a bit of time after the French Derby as he is physically a bit immature,” the trainer said.

“He is likely to run on Sunday. It looks a good race for him, but a tough race, and he should have his ground.

“We will see after Sunday about the St Leger.”

Although he also holds an entry in the Irish Champions Stakes at Leopardstown next month, Town Moor looks a more likely destination should the step up in trip prove to his liking this weekend.

Sumbal can be backed at 17.00 to win the St Leger at Doncaster on September 12.

Storm The Stars is 5.00 after his victory in the Great Voltigeur at York last week with Bondi Beach, runner-up in the same race, currently at 8.00 to deliver a fifth St Leger success for trainer Aidan O’Brien.