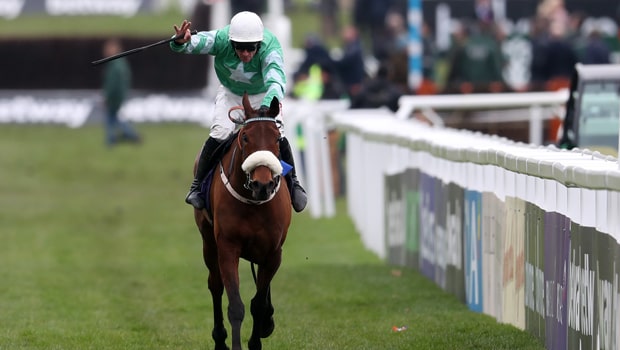 Owner Philip Reynolds admits the nerves will be jangling as Presenting Percy prepares to race in the Gold Cup at Cheltenham on Thursday.

The eight-year-old will line up alongside the likes of Native River and Might Bite, last year’s first and second, but is the 4.50 favourite to land the Festival’s blue riband event.

Paul Nicholls’ Clan Des Obeaux looks another big threat and can be backed at 6.00, but Presenting Percy has form at the racecourse, having won twice at Prestbury Park in the past.

Trained by Irish handler Pat Kelly, the son of Sir Percy is a popular horse and Reynolds confessed he will be anxious prior to the start of the contest. “It’s easier when he’s in Pat’s and I know he’s being looked after and couldn’t be in better hands,” he said.

“But when we’re in the parade ring before a race, it’s terrifying, to be honest.” Willie Mullins saddles four of the 16 horses in the prestigious race as he goes in search of a first victory in the Gold Cup.

Bellshill and Kemboy look his most likely winners, with the duo on offer at 11.00, but they will all need to get past Presenting Percy.

Reynolds would love to taste victory in Friday’s big race and believes he has an animal that will leave nothing out on the track.

“He’s a horse that goes out and gives you everything he’s got, and I think people admire that,” he added.

“Pat is pleased with him and it would, of course, be very special to win a Gold Cup on a number of levels.”