Colin Tizzard: World Hurdle rivals may not get near Thistlecrack 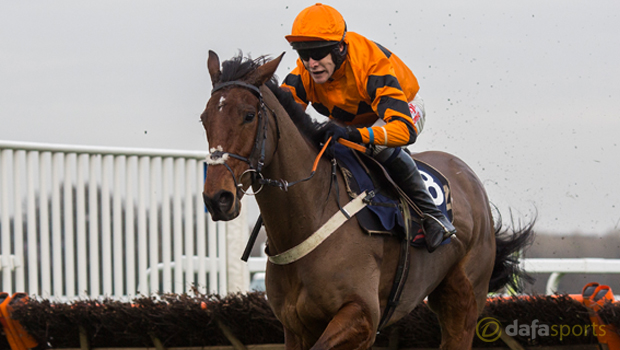 Colin Tizzard feels that Thistlecrack is so far ahead of the opposition for the World Hurdle at Cheltenham his rivals may struggle to land any sort of blow in the race.

The eight-year-old has shown bundles of improvement this season to mark himself out as the leading staying hurdler in Britain.

Each of his three victories has enhanced the reputation of Thistlecrack and he is set to go to Cheltenham as a red-hot contender for the World Hurdle crown.

Victories in the Long Distance Hurdle at Newbury and Ascot’s Long Walk marked Thistlecrack out as the one to watch in a staying hurdles division that perhaps lacks the star quality of days gone by.

It was at Cheltenham on Trials Day in January where Tizzard’s charge delivered his most impressive showing to date, running away with the Cleeve Hurdle without coming off the bridle.

With the festival now looming large on the horizon, Tizzard could scarcely be happier. He says the primary threat could come from a horse reverting back to hurdling.

“When he races there doesn’t appear to be any bottom to him, as he just powers away at the end.

“He just looks better than anything else over three miles, although I keep telling myself that someone will bring back a really good chaser over hurdles to take him on,” Tizzard said.

Tizzard says he is respectful of last year’s winner Cole Harden getting back on good ground but that rival has not won a race since last March.

On current form, Thistlecrack is well clear of his rivals, his trainer believes.

“Looking at it I can’t see anything getting near him at the moment. I know that’s a bold statement, but on form it looks like they’ve all got to pick up a bit to be near him,” added Tizzard.

Thistlecrack is 2.10 to win the World Hurdle at the Cheltenham Festival on March 17.