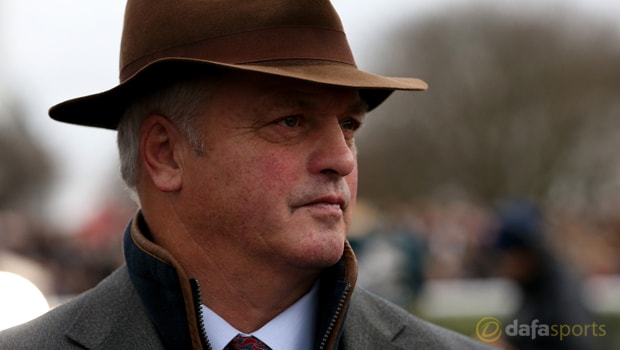 Colin Tizzard couldn’t hide his delight after Gold Cup hopeful Thistlecrack made it three wins from three starts over fences at Newbury on Saturday.

The dominant staying hurdler last season, connections have made no secret of their desire to pursue Blue Ribband success at Cheltenham as the ultimate goal this term.

Thistlecrack won his first two races at Chepstow and Cheltenham but the manner of some of his jumping saw plenty willing to question his ability to survive amongst elite chasers.

He continued his learning curve at Newbury, winning the Grade Two Worcester Novices’ Chase by eight-lengths under Tom Scudamore.

This time, Thistlecrack jumped accurately and economically throughout and easily pulled clear of his rivals without coming off the bridle.

It was a marked improvement on his Cheltenham showing and Tizzard admitted it was nice to cast away any lingering doubts over that performance.

“I don’t think it gets any better than that. He was immaculate. We came here because what went on at Cheltenham – he was a bit sketchy then,” said the trainer on Racing UK.

“Any fears we had about Cheltenham last week were put to bed. We needed to get some runs into him before we decide what to do at Christmas.”

Tizzard stated that his preference was to keep Thistlecrack in novice company for his next start, seemingly ruling out any run in the King George VI Chase at Kempton on Boxing Day.

The Dorset handler was impressed nonetheless with his eight-year-old and he says there isn’t much around to scare him at this stage.

“We came here for experience and we’re getting there now, I feel. He was good and you wouldn’t be afraid of too many of them [potential Gold Cup rivals] at the moment,” Tizzard added.

Thistlecrack is 4.00 to win the Cheltenham Gold Cup, while Tizzard’s Cue Card is 3.00 to win next month’s King George.