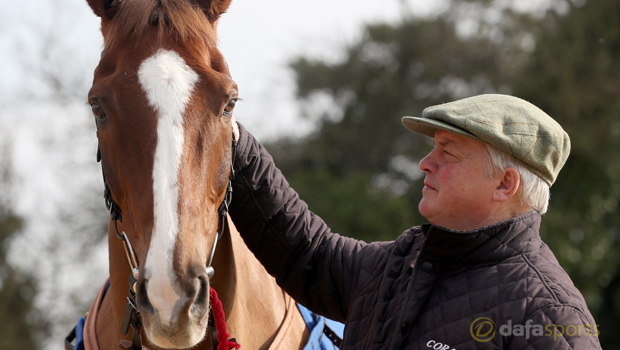 Colin Tizzard is hoping he has got Native River’s preparations for the Cheltenham Gold Cup “dead right” by taking things easy this year.

He’d already won the Hennessey Gold Cup, the Welsh Grand National and the Denman Chase by the time he appeared in the Cotswolds showpiece, and his trainer felt that might have blunted him.

The Dorset handler opted to keep his power dry this winter, with Native River only reappearing this month to win a three-runner renewal of the Denman Chase at Newbury in good style.

On the same weekend, many of the Gold Cup contenders were engaged in full-on battle for the Irish Gold Cup at Leopardstown and Tizzard hopes his route will serve best on March 16.

“I think at the moment we have got it dead right,” said Tizzard, speaking at a Cheltenham Festival media day in his yard.

“Especially when I watched the Irish Gold Cup, when they had about five Gold Cup horses in there, they were dishing it up to each other.

If three of those come and finish in the first three, we know we should have had a harder campaign last year because they had a hard race.”

Native River is 7.00 to win the Cheltenham Gold Cup while King George winner Might Bite is 4.00 favourite for trainer Nicky Henderson.

Last year’s winner Sizing John is 7.00 to retain his crown and, despite a poor run at Christmas, Jessica Harrington’s charge is the one Tizzard fears most.

“We’ve had a little skirmish and sprinted for half-a-mile over three fences, which should put him spot on. We will see which one works out best,” he added.

“I fear Sizing John. He came through on the bridle [last year]. For whatever reason he flopped once, which every horse is entitled to do.”