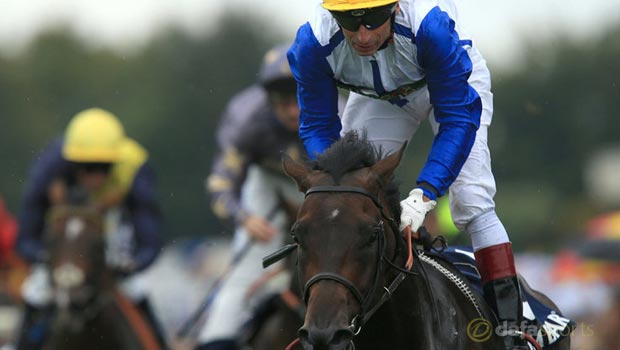 Clive Cox admits he is excited at the prospect of seeing Kodi Bear tackle the best milers in Europe in the Queen Elizabeth II Stakes at Ascot on British Champions Day.

Cox has confirmed the progressive three-year-old colt for Saturday’s race where he is set to tackle French superstar Solow and possibly
2000 Guineas winner Gleneagles.

Freddy Head’s stable star Solow has run up an impressive sequence of top-level wins this season, rubberstamping his place as the leading mile specialist in Europe.

Aidan O’Brien’s Gleneagles has endured a frustrating time since completing his Group 1 hat-trick in impressive style in the St James’s Palace Stakes at Royal Ascot in June.

That success came on the back of wins in both the English and Irish
2000 Guineas in May but the Ballydoyle runner has been forced to miss a number of engagements since as he waits for suitable ground.

O’Brien in on weather watch again this week with the potential for soft ground at Ascot casting doubt on Gleneagles’ participation.

Solow is already committed to the race, with Head suggesting some ease underfoot may even bring about more improvement from his powerful five-year-old.

Kodi Bear justified strong market support to win the Celebration Mile at Goodwood in August with plenty in hand and his trainer is relishing the chance to run in Group 1 company over a mile for the first time.

“He’ll be very much at home on the ground. He’s had a nice chance to freshen up from the Celebration Mile,” said Cox.

“I’ve been thrilled with his progress throughout the year, so I’m very much looking forward to Saturday.”