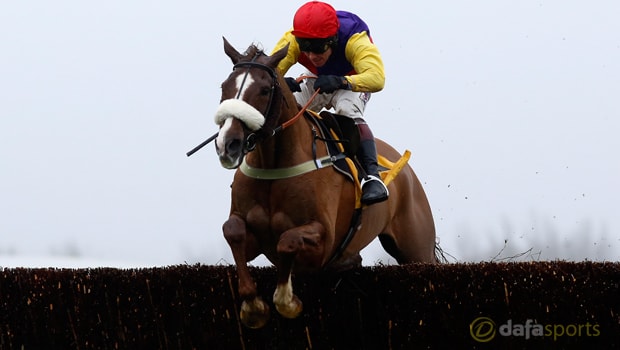 The eight-year-old finished third in the 2017 race as Sizing John came out on top ahead of Minella Rocco.

Native River was handed a long rest by connections before returning to the track on Saturday at Newbury.

The chestnut gelding proved too much for Cloudy Dream and Saphir Du Rheu in the Denman Chase and Johnson was impressed by his first return.

Native River showed tremendous stamina to power clear of his rivals and Johnson believes he could go all the way in the Gold Cup on March 16.

He told ITV Racing: “It was the perfect comeback for him. It was only a small injury he had, but the owners were fantastic and the Tizzards have given him a nice, slow comeback.

“It was a bit of a cat-and-mouse race today and I’m sure the other two lads were thinking they’d have a go at me after two out.

I wanted to try to get a bit of company going to four out, and when they didn’t come I thought I’d wind it up from three out and to be fair to him, he’s really picked up.

“He idled a bit in the last 100 yards, but for a comeback run it was a perfect.

He feels every bit as good as he did last year. I think if he can produce last year’s run in the Gold Cup, that puts him bang there.

“He was only beaten just over two lengths in it last year and the Gold Cup looks very open this year. You’ve got to think he’s got a fantastic chance.”

Might Bite remains the 5.00 favourite for the Gold Cup, with Sizing John and Native River both priced at odds of 7.00 with Dafabet.