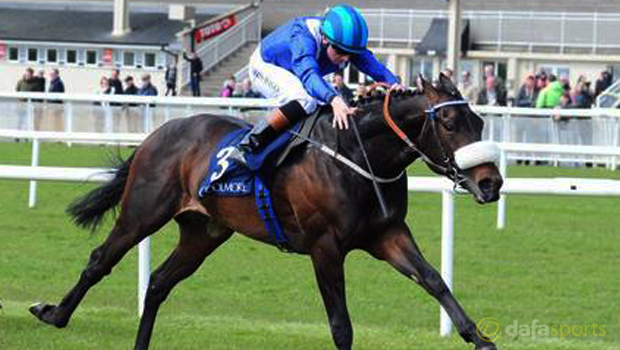 The brown colt stunned his rivals on Saturday at the Curragh when he held off a charge from Galileo Gold to win the race.

It was his fourth win from five starts and Galileo Gold could not find enough to complete a famous double, just weeks after winning the 2,000 Guineas at Newmarket.

Trainer Kevin Prendergast claimed after the race that he could step up in distance but Gold is now adamant that he will stay at the mile distance for the time being.

Original plans to go to the Derby are now on hold with connections fancying a crack at the St James’s Palace Stakes at Royal Ascot instead.

He said: “It was a fantastic result and I’m so happy for Kevin, for all his team and Chris Hayes.

“Kevin has been training for Sheikh Hamdan for many years without having much joy, so I’m thrilled for him to get a horse like this at this time of his life.

He’s an incredible man. “I think we knew he was a very nice horse, but it’s always hard to equate the English form against the Irish form.

“I had a brief chat with Kevin and Sheikh Hamdan last night.

My gut reaction, which I think Sheikh Hamdan shared, would be to go for the St James’s Palace.

“The Derby is a lovely idea, but you’d be going up a considerable amount of distance in a short space of time.”