Brooks Koepka embarrassed but in command 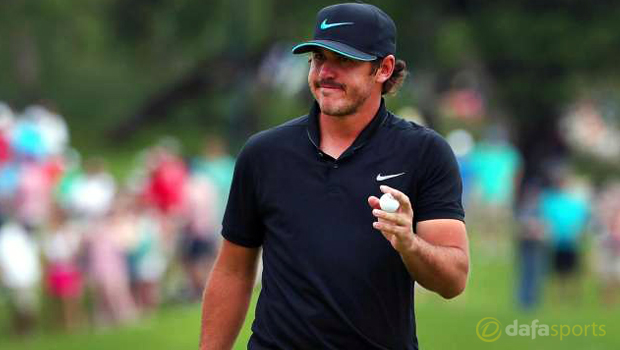 American Brooks Koepka admitted he had plenty of work to do on his ball striking, but he will start Sunday’s final round of the AT&T Byron Nelson with a two-shot lead.

Koepka, 2.50 to win the tournament, is two shots in front of fellow countrymen Jordan Spieth and he will start the final round on 16-under par.

He bogeyed two of his first six holes but still signed for a 65 to give himself the advantage ahead of Spieth.

Koepka made three birdies on the back nine, but the 26-year-old was not happy with his performance despite maintaining the lead. “I putted well today, that’s about all I can say,” he said on PGATour.com.

“It’s probably one of my worst ball-striking performances as a professional. Embarrassing after probably the first nine holes but I kept it together.

I’ve got some work to do on the range now.

“Hopefully I can get it straightened out tomorrow, but I’m proud of how I hung in there and just waited through.

Even though I didn’t hit it well, the course management went really well.

The course suits me, so I’ll keep doing what I’m doing.”

Overnight leader Ben Crane failed to follow up his solid round on Friday as he slipped out of the top 10 after a round of 72.

Spieth once again showed his class and his 67 means he is now one clear of Matt Kuchar, Bud Cauley and Sergio Garcia.