Posted by chris schweizer on December 9, 2018 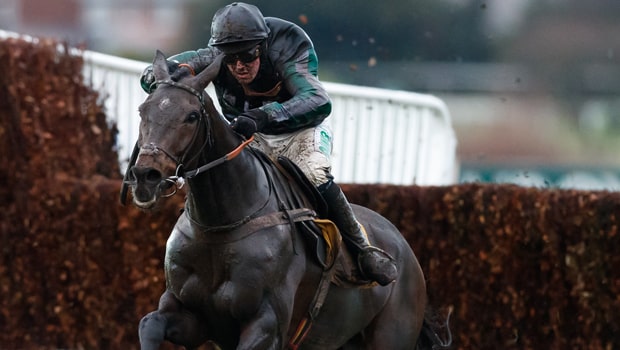 Altior extended his perfect record over jumps to 15 not-out with a gutsy display to see off Un De Sceaux in the Tingle Creek Chase at Sandown.

Champion trainer Nicky Henderson hailed the display as ‘special’ given the heavy rain that pounded the track before the off.

Altior was held up in the final pair along with Sceau Royal in the four-runner contest as Un De Sceaux and Saint Calvados dueled for the lead over the first mile.

Nico de Boinville always appeared to be going best on the favourite, but the ‘Iron Horse’ Un De Sceaux jumped alongside as they met the final fence.

Altior responded on the flat and moved away for a decisive four-length success in the mud.

Despite the gloomy conditions afterwards, Henderson hailed a special display from a special horse, admitting that Altior might have been vulnerable in the conditions on his first start of the season.

“That was special,” said Henderson. “I think that was really testing him today and, like Buveur D’Air last week, if he was going to get beat it would have been today.

“When you have genuine championship horses it is great people appreciate them, but it does make you feel the pressure.

“They were four very good horses in horrible ground today and they’ve all run their best.”