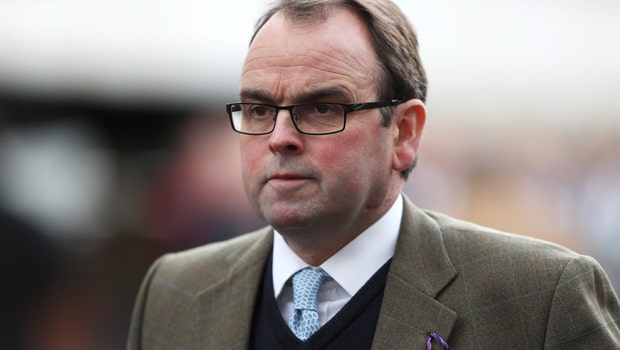 Trainer Alan King has confirmed that he and connections are happy to bide their time with Sceau Royal after a disappointing run in the Tingle Creek Chase at Sandown on Saturday.

The six-year-old made a huge statement in November when he returned from his break to win the Shloer Chase at Cheltenham.

He managed to overcome the likes of Simply Ned, Forest Bihan, Brain Power and Sizing Granite but then failed to back it up last weekend.

He finished last in a four-runner field on Saturday as Altior cruised home to beat Un De Sceaux as well as Saint Calvados.

King insists his charge struggled with the soft ground and he is happy to wait for the perfect race in 2019, with connections looking at the Queen Mother Champion Chase at Cheltenham in March.

“He’s been pretty quiet since. We won’t run him on that ground again. He’s only ever won on good to soft, but you can’t take him out of a four-runner Grade One,” he told At The Races.

“We’ll probably leave him now for the spring and come back then. He’s fine, he’ll be OK.

“Let’s face it, the front two are probably too good for us anyway, but I was disappointed he couldn’t hold on for third. He got very tired from the last. There will be other days for him.”

He added: “He might go straight to Cheltenham. I wouldn’t mind going there fresh or there’s Aintree and possibly back at Sandown on the final day of the season, the Celebration Chase.

“There are lots of targets for him, but I don’t want to abuse him on that ground again.”

Altior remains the 1.67 favourite for the Champion Chase, but Sceau Royal is available at a bigger price of 21.00.