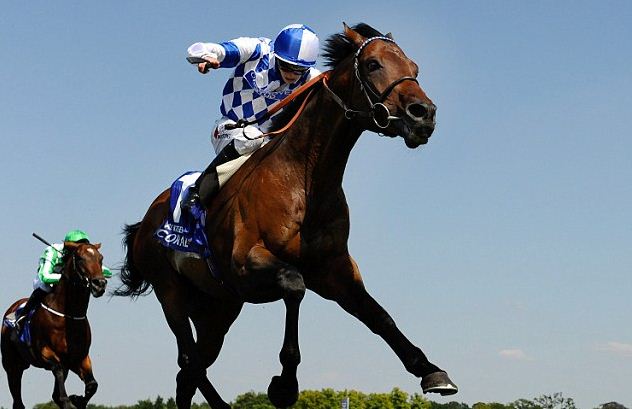 Al Kazeem trainer Roger Charlton says the Coral-Eclipse hero will not run in the King George VI And Queen Elizabeth Stakes at Ascot later this month.

The five-year-old has racked up a hat-trick of Group One successes at Sandown so far this season and Charlton says he will now take a break before connections decide where he runs next.

The Qatar Prix de l’Arc de Triomphe at Longchamp in October has to be the main target but before then Al Kazeem holds entries in the Juddmonte International at York next month and the Red Mills Irish Champion Stakes at Leopardstown in September.

For now, though, Charlton says although the horse is in great form, he will be rested to get ready for autumn.

“He’s in very good form and looks great,” he said. “It was as one thought from him. He was tough and brave which has been the hallmark of all his races. He’s also courageous and adaptable.

“The King George is out. He will be taken out of that race on Tuesday at the forfeit stage. We will give him a break now and decide what we want to do nearer the time for various autumn targets.”

Owner-breeder John Deer has admitted the chances of Al Kazeem racing in the Juddmonte International and then in Leopardstown, very much depends on the ground.

“My preference would be York if ground conditions suited. If it was good to firm, he definitely wouldn’t run there,” he said.

“Maybe it would be the same for Ireland. The York race comes up first, but if it was good to firm I’d say we’d wait for Leopardstown.”

Deer has also hinted that Al Kazeem will retire at the end of the season as he is not keen to race him as a six-year-old, even though the option is there.