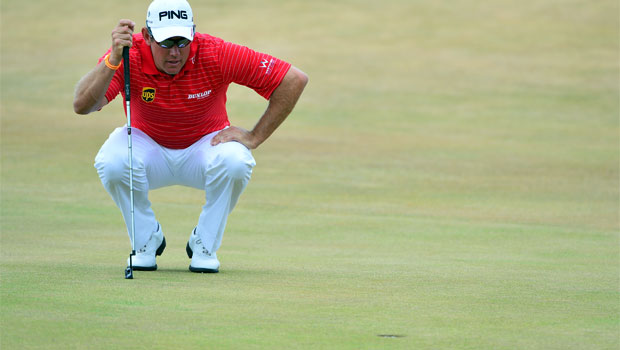 Lee Westwood is hoping to replicate his form of four years ago when he begins his final push to win the Race to Dubai title at this week’s BMW Masters.

The 40-year-old claimed two of the final four events in 2009 to finish at the top of the European Tour’s money list and he will need to do something similar this time around to repeat the dose.

Having played mainly on the PGA Tour in 2013, the Englishman is currently down in 18th place in the Race to Dubai standings and more than one million euros behind leader Henrik Stenson.

The Worksop-born ace has enjoyed an up-and-down season to date, with eight top-10 finishes worldwide and no missed cuts, while his consistency in the majors continued with two top 10s.

But his form has tailed off in recent weeks and he failed to qualify the PGA Tour’s 30-man final event of the campaign.

Westwood is known for his confident approach to the sport and, despite his current situation, the veteran is looking to bounce back from a couple of near-misses in the biggest events to try and scoop the pot in Dubai in three week’s time.

“Not winning The Open was a disappointment but not winning the PGA Championship was the biggest disappointment,” he said. “I had a great chance there and just hit a couple of bad shots coming in.

“But I still have a chance to win the money list, and that’s something to strive for. I had a strong finish in 2009 when I last won it, you know, winning two out of the last four.

“It’s possible if you win a couple of these events to make a lot of ground up.”