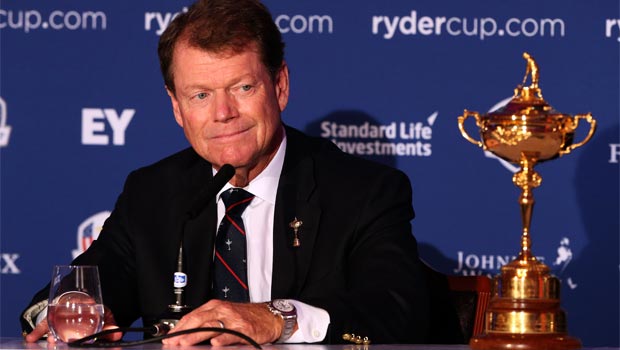 United States Ryder Cup captain Tom Watson is well on with his preparations for the 2014 Ryder Cup, and he admits he has been impressed by the start that Zach Johnson has made to the season.

The world number six has played for his country on three occasions in the prestigious competition against Europe, and he has started the current season on fire.

He has already won three titles in the last eight starts, and the American has only finished outside the top 16 on one occasion during his current hot-streak.

In the past five months, Johnson has won the PGA Tour’s BMW Championship and Hyundai Tournament of Champions, as well as the Northwestern Mutual World Challenge.

The US players still have more than six months to automatically qualify for the Ryder Cup and Watson has hinted he is hopeful Johnson makes it into his squad.

Watson, 64 has already been impressed by Johnson, and he has singled out his “big heart” as one of his best attributes.

“I’ve been actively watching the players and how they’re playing …
I’ve been impressed by a number of them, especially Zach Johnson,” he wrote in his captain’s blog on the Ryder Cup website (www.rydercup.com).

“I’ve said it many times – heart is the No. 1 quality I’m looking for in these players. Zach’s the kind of player who has a big heart.

“You can’t underestimate the value of a big heart from a standpoint of winning and how that plays in a Ryder Cup.”

A number of likely candidates for the American team are in action this weekend in the Farmers Insurance Open.