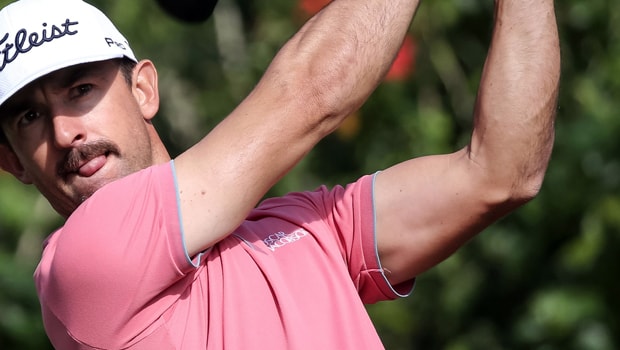 Wade Ormsby has secured his first title on the European Tour after claiming a one-shot victory at the Hong Kong Open on Sunday.

The Australian began the day one shot off the lead, but he produced a solid final round of 68 at Hong Kong Golf Club to finish on 11-under-par for the tournament.

The 37-year-old looked like he had missed his chance to claim an outright victory when he bogeyed his final hole of the day, but his nearest challenger, Rafa Cabrera-Bello, also dropped a shot at the 18th, an error that handed Ormsby his first European Tour victory at the 264th time of asking.

The world number 319 was certainly delighted with his maiden success, describing it as the ‘highlight’ of his career to date. “Unbelievable to be honest.

I’m kind of lost for words at the moment,” Ormsby told Sky Sports.

“It’s definitely [the highlight of my career]. I’ve played a lot of golf, a lot of golf in Europe, everywhere, and had a few bumps along the way.

“But it’s pretty cool to get a win this late in your career. I’m stoked. It means a lot.”

Cabrera-Bello had to settle for a share of second place alongside Swede Alexander Bjork, who also bogeyed his final hole of the day, and American duo Julian Suri and Paul Peterson.

Race to Dubai champion Tommy Fleetwood claimed sixth place after he endured a frustrating final day that saw him par all but one of his holes.