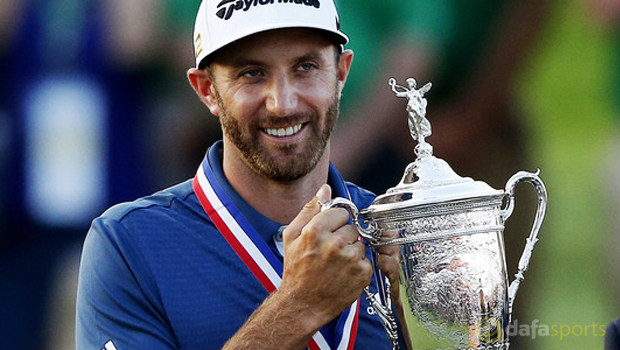 Dustin Johnson admits he was relieved to finally claim his first major title after securing a three-shot success at the US Open on Sunday.

The American produced an impressive final round of 69, which included a controversial one-shot penalty, to finish on four-under-par for the tournament, three shots clear of Jim Furyk, Scott Piercy and third-round leader Shane Lowry.

The 31-year had been looking to banish the memories of previous near misses in major championships, after finishing in the top-10 on 11 occasions in the past.

The new world number three had been particularly close to major glory twice before, after being penalised for grounding his club at the final hole of the 2010 PGA Championship, a ruling that cost him a place in the play-off.

Johnson then three-putted the final hole at last year’s US Open to hand victory to Jordan Spieth and he admitted that it was a huge relief to finally seal major success at Oakmont Country Club.

“I feel lighter,” Johnson told reporters. “I’ve been in this situation time and time again.

For me to finally get it done on Sunday in a major, it’s a huge monkey off my back.”

Johnson’s chances of breaking his major duck had been in doubt after he learned that he could be handed a penalty for causing his ball to move as he prepared to putt at the fifth green.

The South Carolina native was subsequently penalised with a one-shot penalty, but it was not enough to deny him victory in Pennsylvania and he conceded it was a huge relief to hold on for glory.

He said: “I’m glad it didn’t matter. That would have been bad.”