Posted by Jason Stepford on November 1, 2017 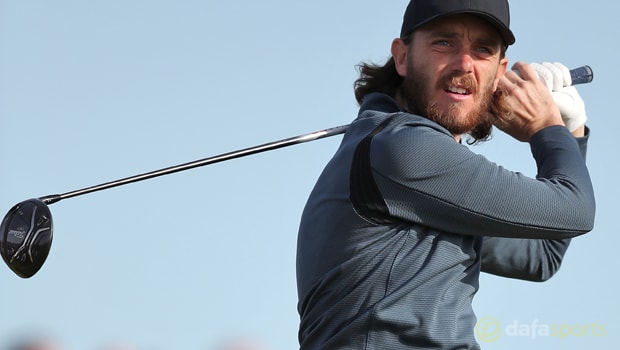 Tommy Fleetwood admits he is enjoying the pressure of trying to win the Race to Dubai heading into this week’s Turkish Airlines Open.

The Southport-born star has enjoyed a brilliant season on the European Tour, winning both the Abu Dhabi Golf Championship and Open de France to cement his status as one of the continent’s leading players.

He has also announced himself on the world stage by finishing as runner-up at the WGC-Mexico and securing fourth place at the US Open.

With three events to go in the Race to Dubai, Fleetwood has a 865,769 euros lead over Sergio Garcia although the money on offer in the remaining tournaments means it is far from a done deal.

It has been a big few weeks for the 26-year-old who also recently become a father for the first time. The strong results have continued to come and he believes embracing the pressure by continuing to play attacking golf will be the key to his chances of topping the end-of-season standings.

“It’s a new experience and I’ve got some of the best players in the world behind me,” Fleetwood said. “At the moment, I’m on top.

“I know I’ve played well and I’ve obviously improved my game a lot, but it’s massively built my confidence up, the runs I had in Mexico and the US Open. Those things just do masses for your confidence.

“There’s only three left but I would love to get into contention.

Fleetwood is 19.00 to win this week in Antalya, with Justin Rose, who is third in the standings, the 8.00 favourite.