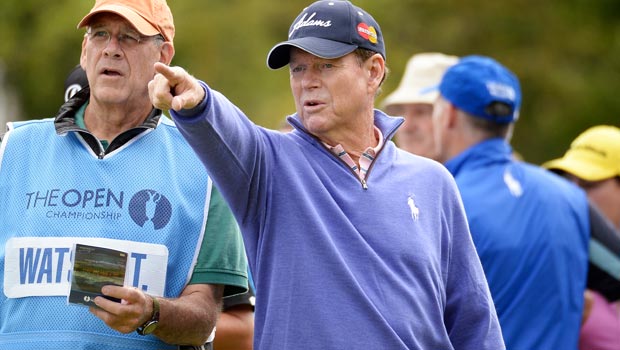 Open Championship legend Tom Watson insists there is no reason why Tiger Woods cannot win another Claret Jug this week.

The five-time Open champion Watson has a vested interest in seeing a Woods revival given the veteran is the USA’s Ryder Cup captain for hostilities with Europe later in the year.

Woods has 14 majors to his name already but none since the US Open back in 2008, with a combination of off-course problems and injuries conspiring against the 38-year-old Californian.

Woods has already tasted success in the Open on three occasions and his last – in 2006 – came at Royal Liverpool’s Hoylake links course where this year’s tournament is also being staged.

Back surgery in March has hampered Woods in 2014 but Watson insists he must be viewed as a live challenger in the north west of England.

He said: “I wouldn’t write off Tiger Woods for a long time the way he plays the game.

“He is a tough competitor, he knows how to swing the club: yes, he’s had some injuries and other issues but you fully expect him to have a much longer career.

“You have to respect what his capabilities have been and probably will be again.

“I guarantee you that players looking at these new electronic scoreboards are going to be looking for Tiger Woods’ name, guaranteed.”

Woods will tee it up early on Thursday morning alongside Argentina’s Angel Cabrera and Swede Henrik Stenson, while defending champion Phil Mickelson will head out in the afternoon with Ernie Els and Bubba Watson.