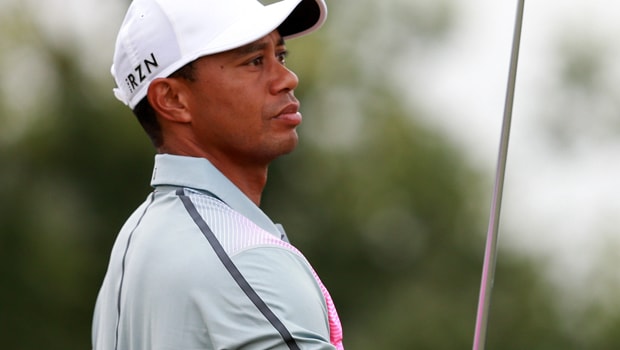 Tiger Woods is confident he will return to the winner’s circle soon after his near-miss at last month’s Open Championship.

The former world number one claimed a tie for sixth at Carnoustie, his best showing at a major since his return from a long-term back problem, but it could have been even better for the 42-year-old had he not dropped shots during the latter stages of his final round.

Woods was pleased with the way he performed although he also admits he is still getting over the disappointment of not winning what would have been a first major title since 2008.

“(I knew) it was going to sting for a while and it certainly does because I had a great chance at it,” Woods said. “I’m always mad when I don’t win.

“I knew that if I executed my game plan, I was going to be in contention, which I did. Unfortunately, I just didn’t win.”

Woods will return to action at this week’s WGC-Bridgestone Invitational, a tournament he knows well as he has won it eight times in the past, while it was also the scene of his most recent victory on the PGA Tour in 2013.

The 14-time major winner is a huge fan of the tournament and he believes he is close to ending his five-year wait for tournament success.

“This event has been very special to me over the years. I’m excited to be back,” he added.

“I went from just hoping to be able to play the tour to know that I feel that I can play the tour. “I certainly can win again. I’ve had an opportunity to win a couple times this year.”

The likes of world number one Dustin Johnson and Rory McIlroy are also set to compete in the tournament, but Woods, who is priced at 12.00 to win at Firestone Country Club, will fancy his chances of mounting a serious challenge.