Tiger Woods in contention at Bellerive 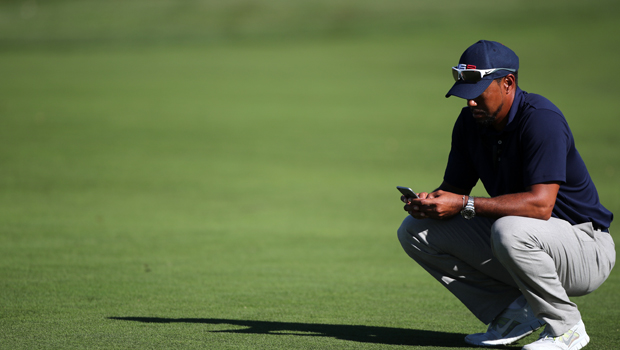 Two-time US Open champion Brooks Koepka will take a two-shot lead into the final round of the U.S. PGA Championship, while former world number one Tiger Woods remains in contention.

Koepka has already proven he has what it takes to be a major champion and he could win his third title this weekend in Bellerive.

After a record-equalling round of 63 in round two, Koepka followed that up with a four-under 66 to move two places up the leaderboard.

He is now on 12-under and two shots ahead of Australia’s Adam Scott, while Spain’s Jon Rahm is also in contention in a share of third.

Rahm is on nine-under alongside Rickie Fowler and Gary Woodland, with Woods just one shot behind them.

The American will start the final round in a share of sixth and he admits he has regrets about some of his shots during Saturday’s intense day.

“I feel like I played well today. I played 29 holes, dropped three shots today and two of those were three-putts,” Woods said.

“I thought I played really clean cards, really clean rounds. And I just wish I could have got myself a couple more shots closer to the lead, especially with 17 the way it’s playing, they’re moving the tee way up like that.

“18 is playing pretty short as well. So I’m sure that I’ll be more than just four back by the end of the day, but there aren’t a lot of guys up there in front of me.”

Koepka remains the 2.20 favourite to win the US PGA Championship, with Fowler and Rahm priced at 9.50 and Woods 15.00 to win.