Nuno Santo: ‘We need to improve’ 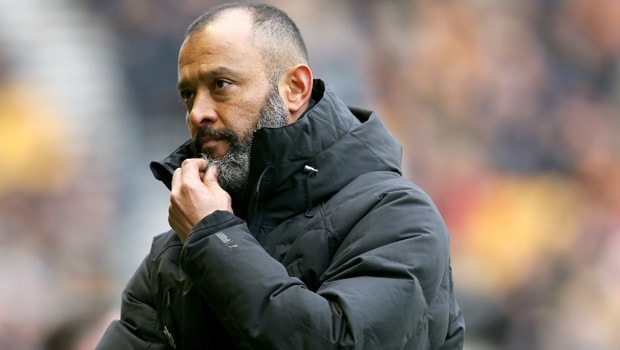 Wolves coach Nuno Santo admits his team have got a lot of work to do despite rescuing a 2-2 draw on their return to the Premier League against Everton.

The Midlands outfit were lucky to earn a point in the end despite playing with a man advantage for more than 45 minutes.

Everton forward Richarlison grabbed the headlines for the right reasons as he opened the scoring before the Toffees were then reduced to 10 men when Phil Jagielka was shown a straight red after giving away a free kick on the edge of the box.

Ruben Neves stepped to score a sensational goal but in the second half Richarlison then found the bottom corner to give Everton the advantage once again, only for Raul Jimenez to rescue a point with 10 minutes to go.

At 8.00, Wolves are not considered one of the candidates to be relegated but Santo admits they need to learn from their mistakes quickly.

He told reporters: “It was a tough game and we expected a tough game, of course. A game that we were always chasing and that requires a lot of energy. At the same time, the team showed a lot of character.

That’s part of our idea. Coming back, trying to find solutions.

“At home, honestly, I think we cannot concede two goals. We must improve. One of the things we had last season was clean sheets. This is the first step in the game, you have to be organised in defence.

“My players always take lessons from the game, positive and negative. This is the process of building a team.

The season started today and we have a long way to go. We will be working hard because there are a lot of things we need to correct.”