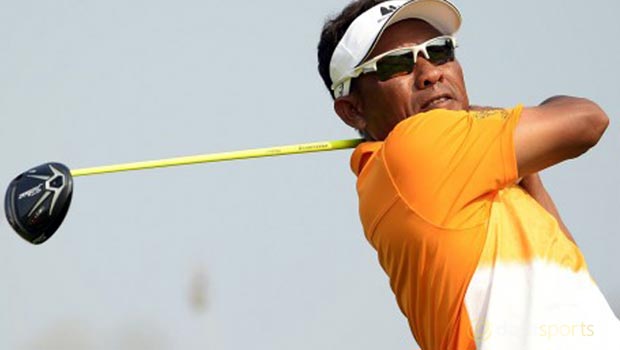 Thongchai Jaidee says playing for the International team in this week’s Presidents Cup is “a huge step” in his career as he prepares to go up against a star-studded USA side.

The team competition begins on Thursday in Incheon in South Korea and Jaidee is part of an International side that also includes Indian Anirban Lahiri, Hideki Matsuyama of Japan, New Zealander Danny Lee and Bae Sang-moon of South Korea to complement Australian stars Jason Day and Adam Scott.

The USA are favourites to come out on top at 1.53 and boast a formidable-looking line-up that includes Jordan Spieth, Zach Johnson, Bubba Watson, Jim Furyk and Rickie Fowler. Team International are on offer at 2.88, with the draw priced at 12.00.

Jaidee is relishing testing himself against some of the best players in the world and says it is an honour to represent Thailand and the continent of Asia in the event.

“Representing Asia in the Presidents Cup is a huge step for both myself and the golf scene in Thailand,” he said. “I hope this achievement will inspire not only Thai golfers, but the country as a whole.

“I am proud to say that I’m a Thai, and Thailand is now a part of this honorable event.”

This year’s competition is the first time the Presidents Cup has ever been held in Asia since its inception in 1994 and Lahiri, who is also looking forward to the team format, will be the first player from India to ever take part.