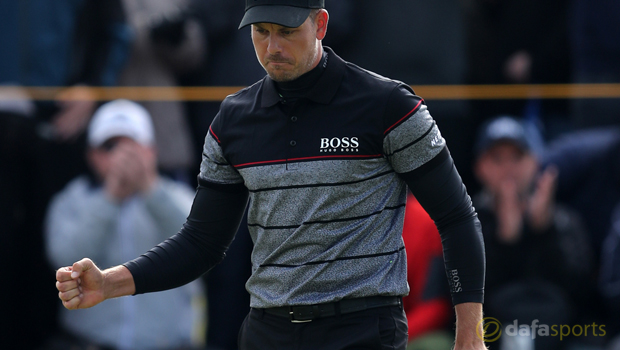 Henrik Stenson produced one of the all-time great final rounds at a major championship as he shot 63 en route to winning the Open Championship at Royal Troon on Sunday.

The Swede finally made his major breakthrough as he held off the challenge of Phil Mickelson in what is certain to be remembered as an iconic duel.

In the wake of Stenson’s success, his peers have been quick to pay tribute to his achievement and welcome him into the major champion’s circle.

Leading the way was four-time major champion and former world number one Rory McIlroy, who said Stenson had faced some big battles in his career.

“It was such a popular win because we know how hard he works and some of the battles that he has had to go through in his career,” he told reporters.

“So to come out the other end and get that major is really well deserved.” America’s Zach Johnson was the Open champion at St Andrews 12 months ago and he said that Stenson can look forward to an unforgettable year with the Claret Jug in his possession.

“Great would be one adjective. I would say absolutely dominant and phenomenal,” the American said of the Swede’s performance.

“I’m not that surprised in the sense that Henrik has that ability – he hits it so straight, so good. That Claret Jug is a fun trophy to have so I am excited for Henrik and his family.

A very worthy champion!” Stenson’s European Ryder Cup team-mate, Justin Rose, the US Open champion in 2013, revealed the 40-year-old is hugely popular on tour and he will no longer be the subject of any gentle teasing in the locker room.

“It’s so great to see him win. We have obviously given him plenty of banter over the last couple of years for not being a major champion…so Henrik couldn’t be more deserving,” Rose said.

“He works hard, he’s a great professional, he’s disciplined, he’s got a great sense of humour and no one can begrudge him of that major title.”