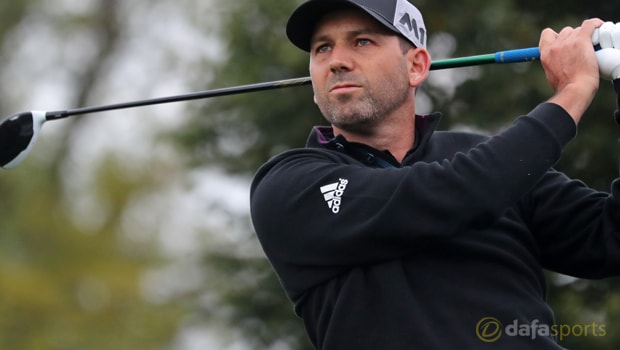 Masters champion Sergio Garcia admits he is looking forward to making his first appearance at this week’s Italian Open.

The world number 11, who missed the cut at the British Masters in his last European Tour appearance, will be competing on Italian soil for the first time as a professional this week, but is hoping his experiences of similar courses in his native Spain will stand him in good stead.

“Obviously it’s a nice stretch with playing here in Italy and Spain next week, our tournament with my foundation,” Garcia told the European Tour website.

“I’ve never played in Italy as a professional so I’m excited about it. I’ve played here many times as an amateur. “I’ve heard good things about it so I’m very excited to have a nice week here.

Amazing weather, and the food, so it’s all good. The weather is very similar to Spain, food is very good like in Spain and even the looks of the towns is similar to where I grew up.”

Garcia will play alongside compatriot Jon Rahm and Race to Dubai leader Tommy Fleetwood during Thursday’s opening round at Golf Club Milano and he believes his two playing partners typify the strong nature of the field at this week’s event.

“You can see by the quality of the field that it’s extremely good,” Garcia added. The 37-year-old has been particularly impressed by Rahm, who has enjoyed a remarkable first full season as a professional, and he believes his fellow Spaniard can be a major force for years to come.

“He’s Spanish, he’s European and he’s going to be a great asset to us in the Ryder Cup,” Garcia continued.

“It’s great to see him here and next week in Valderrama.” Garcia is priced at 15.00 to win this week’s event in Monza, while Rahm is available at 7.00 to scoop his second European Tour title.