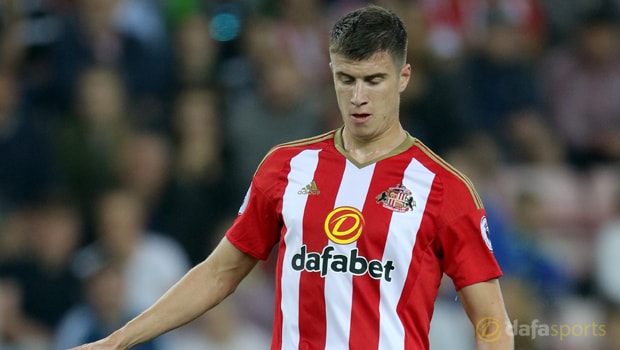 Paddy McNair marked his first appearance for 11 months with a goal during Sunderland Under-23’s 2-0 victory over Hertha Berlin on Tuesday.

Northern Ireland international McNair has not featured for the Black Cats first-team since suffering a knee ligament injury during the Premier League clash with Hull last November, but he marked his return to the field with the opening goal at the Stadium of Light.

The 22-year-old played 45 minutes of the match in total and Sunderland Under-23’s coach Elliot Dickman believes the run-out will have done the former Manchester United player the world of good.

“He’s a talented young lad,” he said. “We forget that he’s still quite young. (Last night) would have done him the world of good – he might not think that in the morning when he’s a bit stiff and a bit sore, but that’s what is about, that phased progression.

McNair was not the only player to get some much-needed minutes under his belt as forward Duncan Watmore, who has also just returned from a knee injury, was also able to feature, following on from his cameo appearance against Preston before the international break.

Dickman believes both players can now start knocking on the door for a regular return to the first-team, with Sunderland due to play host to Queens Park Rangers in the Championship on Saturday.

“The medical team have been fantastic with Duncan and it will be the same with Paddy,” he added. “Hopefully he’ll keep progressing with those minutes and be in the manager’s thoughts sooner rather than later.”

Sunderland are priced at 2.10 to secure all three points against QPR, who are available at 3.50, while the draw is on offer at 3.40.