Sergio Garcia keen to move on from Masters 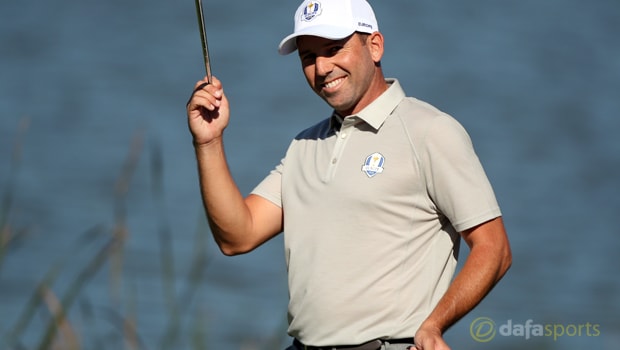 Sergio Garcia wants to move on from his Masters disappointment as he prepares to make his return to action at this week’s Valero Texas Open.

The Spaniard headed to Augusta earlier this month as the reigning champion but put up a horrendous defence of his title after rounds of 81 and 78 saw him miss the cut by 10 shots.

Garcia’s tournament was summed up at the par-five 15th hole during his opening round when he found the water five times on his way to taking 13 shots.

Despite his struggles at Augusta National, Garcia insists he has already moved on from the disappointment and is fully focused on this week’s tournament in Texas.

When asked how long it took him to get over his horror hole, Garcia said: “Probably as soon as we finished Friday afternoon. It was pretty much forgotten and our week was over and that’s what it is.”

Garcia’s Masters performance was made even more surprising as he headed into the tournament on the back of three successive top-10 finishes on the PGA Tour.

The 38-year-old has enjoyed a successful start to 2018 and is keen to make sure his Masters setback does not derail the rest of his year.

“You’ve just got to deal with it (his Masters missed cut) and put it behind and keep going forward,” Garcia added.

“The Masters, it’s massive, it’s very important, but it’s one week and you can’t let one week ruin your whole year.

“I guess at the end of the day I’m excited to come here (Texas) and keep playing well, like I’ve been playing pretty much all year, and see if we can get on a good run.”

Garcia is a 10-time winner on the PGA Tour and is priced at 15.00 to claim overall glory at TPC San Antonio this week.