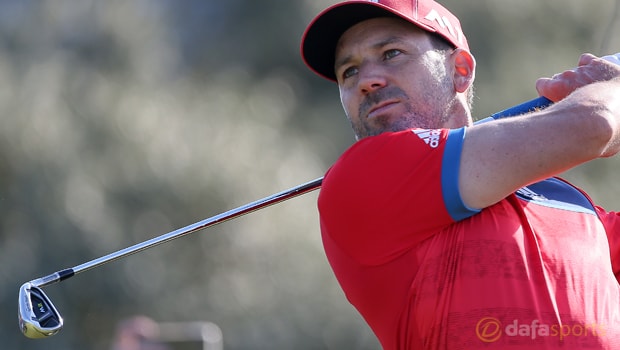 Sergio Garcia feels Royal Birkdale is one of the toughest challenges on the Open Championship rota, but the Masters champion is relishing the test ahead.

The Spaniard finally ended his career-long wait for a major triumph in April when he edged out Olympic champion Justin Rose in a play-off at Augusta National to win the Masters.

Garcia has finished in the top 10 at the Open Championship on 10 occasions, coming closest to glory in 2007 when his putt for the win lipped out on the 72nd hole at Carnoustie.

He went on to lose out to Padraig Harrington in a four-hole play-off. “I think Birkdale is a great golf course.

Other than Carnoustie and maybe Muirfield, it’s one of the toughest Open venues we play,” said Garcia.

“Obviously a lot depends on weather, but it is a solid golf course and I’ve managed to play here in ’98 and 2008 and it is a golf course that I like.

But we’ll see how it plays throughout the week.” While Birkdale is no easy track, Garcia says he is eager to get going and approaches the Open with a similar mentality every year.

“The Open is one of my favourite tournaments of all year.

“At the end of the day when we get there on Thursday morning on the first tee, the nerves will be there and that’s not going to change because that’s what drives us.

So we’ll see how we’re able to handle all of those.” Garcia is 19.00 to win the Claret Jug this week.