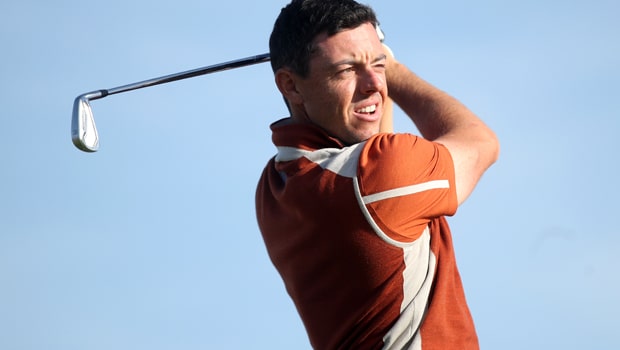 Rory McIlroy has been pleased by his form at this week’s Tournament of Champions in Hawaii and he remains in contention to claim his first victory on the PGA Tour since March.

The Northern Irishman, who is making his debut at the tournament which consists only of PGA Tour winners from the previous calendar year, carded a third-round score of 68 to move onto 14-under-par for the tournament.

The 29-year-old’s round included five birdies and no dropped shots and he is now just three shots behind overall leader Gary Woodland, who also signed for a 68 on Saturday.

McIlroy has certainly been pleased by his form at what is his first tournament of 2019 as he felt there were no real weaknesses in his overall performance.

“Another good round of golf,” McIlroy told reporters.

“I drove it well again, iron play was pretty good for the most part, finished out well, holed good putts when I needed to, to save par and some good birdies.”

Australian Marc Leishman is a shot behind McIlroy in third position, while American duo Xander Schauffele and Bryson DeChambeau are a further stroke back.

Woodland appears to be the man to beat, however, and he is priced at 1.73 to secure what would be his fourth victory on the PGA Tour and first since his success at last year’s Waste Management Phoenix Open.

McIlroy is the man most likely to overhaul Woodland and he is on offer at 2.60 to emerge victorious, while CIMB Classic winner Leishman is available at 9.00.