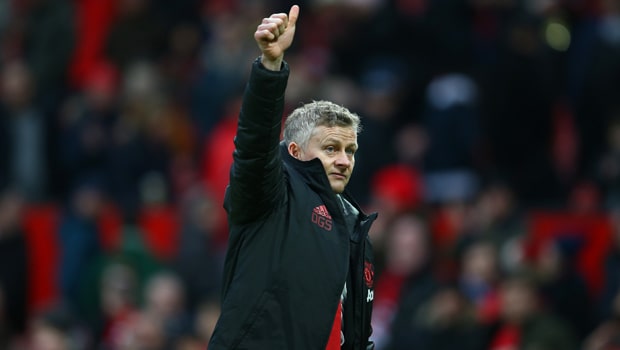 The Norwegian has enjoyed an impressive start since being handed the temporary reins at Old Trafford last month as he has won all five of his matches in charge – the first time a United boss has achieved that feat.

However, the 45-year-old has yet to face a stern test of his managerial credentials as all his Premier League victories have come up against sides in the bottom half of the table, while Saturday saw them secure a 2-0 victory in the FA Cup over a Reading team that are struggling in the Championship.

Indeed, Solskjaer’s first real test as United boss will come when they take on Spurs at Wembley next weekend and he admits that will certainly be a good gauge to see how far his side have come over recent weeks.

“We are looking forward to that one because that’ll give me more of a reference on where we are against the top boys.”

United will head into the fixture sitting sixth in the Premier League standings, six points off the top four positions, but Solskjaer admits their ambitions have to become higher than that over the coming seasons.

“We are not happy talking about fourth, fifth or sixth. In a year or two the club needs to move on and move up the table,” he added.

The Red Devils are priced at 3.40 to claim all three points against Spurs, who are available at 2.10, while the draw is on offer at 3.60.