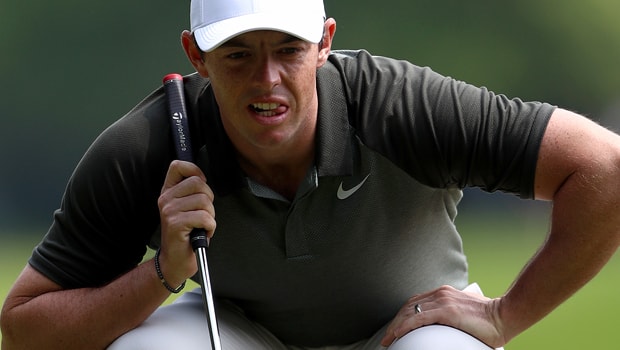 World number seven Rory McIlroy says he is happy with the state of his game at the moment as the 2018 Open Championship at Carnoustie edges ever closer.

The Northern Irishman clinched his 14th PGA Tour title at the Arnold Palmer Invitational back in March, while he’s recorded four more top-five finishes this year.

Further success in the Major tournaments has been harder to come by for the 29-year-old and he missed out on Masters glory – the event he requires to complete the Grand Slam – when teeing off in the final group on the Sunday at Augusta National.

The four-time Major winner endured another disappointing US Open at Shinnecock Hills last week, missing the cut at the tournament for the third consecutive year, and there are question marks over the shape of his game right now.

However, McIlroy, who will be a huge part of Europe’s 2018 Ryder Cup team, believes he has played well this year although he admits he should have won more titles.

“I feel like I’ve had five realistic chances to win this year, and I’ve been able to close out one of them. That’s a bit disappointing, I guess,” he was quoted as saying by golfmagic.com.

“But at least I’ve given myself five chances to win golf tournaments, which is much more than I did last year.

“There’s been some good golf in there. I feel like I let Dubai and Wentworth get away a little bit.”

Next up on the Major schedule is the Open at Carnoustie next month and McIlroy will be hoping to win the Claret Jug for the first time since 2014.

Another star-studded field will be present in Scotland, with the likes of Dustin Johnson, Jordan Spieth, Justin Thomas, Justin Rose and Brooks Koepka all gunning for glory.