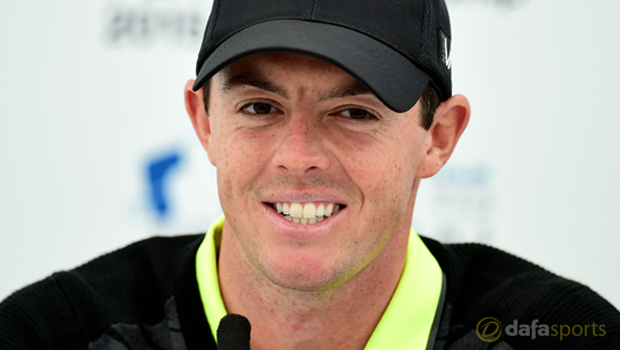 Rory McIlroy feels his game is in the right place to challenge for a first win of 2016 after he shot a four-under-par first round at the Northern Trust Open in California.

The world number three was playing his first competitive round at Riviera Country Club as he begins a busy run of five tournaments in six weeks that will lead him towards the Masters at Augusta in April.

Having heard plenty about Riviera before he arrived this week, the four-time major champion said he enjoyed discovering the golf course for himself.

“I really like it,” McIlroy told reporters. “I’d heard a lot of good things about the golf course. I’ve watched it on TV a lot of times and having now seen it and played it, it has lived up to every expectation.”

McIlroy’s four-under tally of 67 was good enough to see him end day in tied-fifth place, four shot off the lead held by Camilo Villegas.

With his length off the tee, the Northern Irishman unsurprisingly would like to see conditions firming up as the week goes on.

He said: “It would’ve been nice to play the golf course a little firmer than it was, but hopefully it will as the week goes on and presents a challenge.

“I feel really comfortable with my game at the moment. I feel like my game is in good shape and I can get in to contention.”

Two-time Masters champion Bubba Watson is one of the players a shot in front of McIlroy sharing second spot after the left-hander fired four birdies in his last seven holes in round one to reach five-under par.

World number one Jordan Spieth shot the worst first-round score of his professional career to fall 16 strokes off the pace at the Northern Trust Open.

Spieth struggled to an eight-over 79 in what were scoring-friendly conditions at the California course.

McIlroy will join Matt Kuchar and Hideki Matsuyama amongst the late starters in round two.

Watson is 17.00 to win a third Masters title at Augusta in April, with McIlroy 7.50 to land his first Green Jacket success.