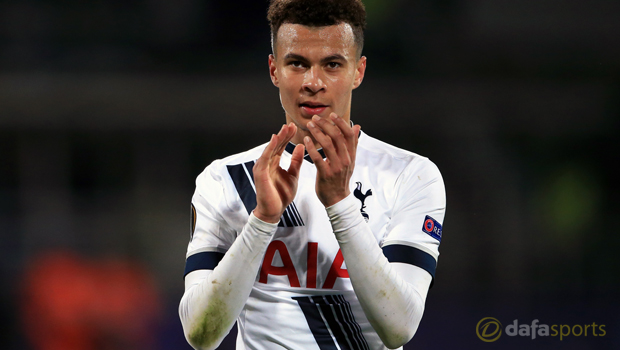 Tottenham manager Mauricio Pochettino says teenager Dele Alli has a lot to earn about football at the highest level after an apparent kick out in the Europa League clash with Fiorentina.

Spurs faced the Serie A side for the second season running at the last-32 stage, although this time they appear to have enhanced their chances of progress with a 1-1 draw in Florence.

Last year, it was Fiorentina that travelled to north London to take the same score back to Italy where they advanced after a 2-0 home success.

Nacer Chadli put Spurs ahead from the penalty spot in the first half with a deflected second-half strike from Federico Bernardeschi earning the home side parity.

Tomovic felt he had been kicked, with replays suggesting the 19-year-old Alli made no effort to jump clear of the defender and instead caught him with his boot.

The Tottenham boss insisted he didn’t have a great view of the incident but he says he will be talking to Alli, who he admits still has plenty to learn about the game at the top level despite his hugely impressive first season at White Hart Lane.

“We need to look at the video and try to teach him,” he told reporters. “He is a young player and he has a lot to learn about elite football. It is his first season in the Premier League at Tottenham.

Tottenham return to domestic action on Sunday with an FA Cup fifth-round tie against Crystal Palace. Pochettino’s side are quoted 7.00 to lift the FA Cup this season.