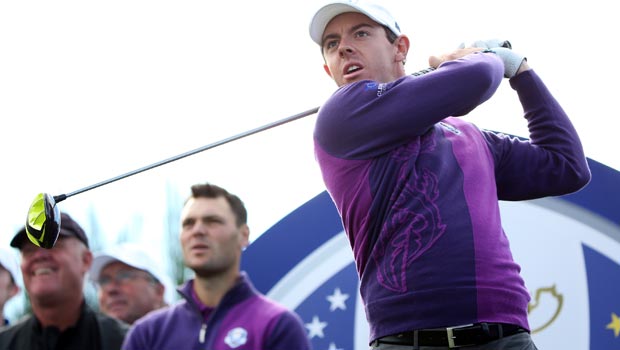 Rory McIlroy has said he is ‘putting golf first’ for the foreseeable future as the Northern Irishman prepares to lead Europe in to battle against America in the Ryder Cup on Friday.

The world number one, along with his 11 team-mates, are aiming for a third consecutive victory following the ‘Miracle at Medinah’ on foreign soil two years ago.

Europe came from 10-6 behind on the final day to snatch a win from the jaws of defeat, with America only able to claims three wins and a halve in Sunday’s singles matches.

Paul McGinley is now at the helm for the defending champions and the Irishman, who holed the winning putt in the Ryder Cup back in 2002, will have the added advantage of a home crowd at Gleneagles.

McIlroy is certainly the target for the American side this year as Tom Watson’s men try to take down the four-time major winner over the three days of the competition.

The 25-year-old has been in great form this season having claimed the Open and the US PGA Championship, and the Northern Irishman insists that golf is his main focus.

McIlroy did endure a very public split with former fiancée Caroline Wozniacki at the start of the year, but since the break-up the world number one has been in fantastic form on the course, something he hopes to continue.

“I’m at the stage of my career and the stage of my life when I’m putting golf first,” he said. “Golf is the priority for me right now.
For the foreseeable future that is what it is going to be.”

Europe are favourites to win the Ryder Cup at a price of 1.52, whilst their American opponents are the underdogs this time round at 2.58.