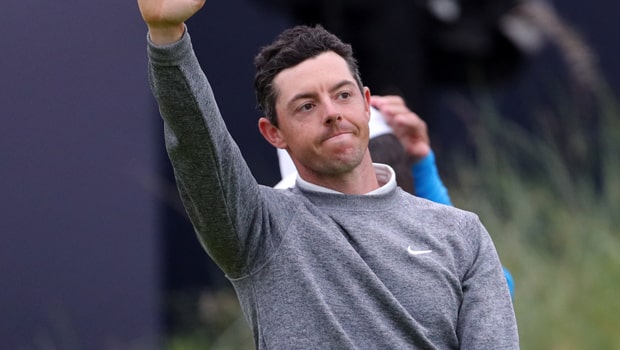 Rory McIlroy may not have won a Major this year but says this has been his most consistent season so far. The Northern Irishman takes part in the BMW Championship at Medinah this week and is currently sitting in third place in the FedEx Cup standings.

His wait for another major tournament goes on – his last success was the PGA Championship back in 2014, but he says, looking back on his PGA Tour so far this year, it has been his most consistent season.

McIlroy was a winner of the BMW Championship back in 2012, his 20-under-par winning the title by two strokes from Phil Mickelson and Lee Westwood. This season he has two titles to his name, the Players Championship in March, and, most recently, the RBC Canadian Open where his 22-under score gave him a seven-stroke advantage over Shane Lowry and Webb Simpson.

He tied for eighth place at the PGA Championship, for ninth at the US Open but missed the cut at the last Major of the year, The Open, held this year at Royal Portrush in his native Northern Ireland.

McIlroy is on three-under after the first round at Medinah, four shots off the lead which is shared by Justin Thomas and Jason Kokrak. McIlroy is at 15.00 to win the BMW Championship with Thomas 6.00 and Brooks Koepka 11.00.